I work Monday to Friday, so when it comes to Friday 5:00pm, I love going home and thinking that I have the whole weekend off! Well in between jewellery stuff.

The only problem is, I can’t wait until the Sunday evening because it’s more or less the only time, our friends and us can get online for a bit of Xbox – whether it’s GTA or Call of Duty, we really enjoy it.

We even bought a second Xbox when we got the house so we could play all multiplayer games and not just co-op ones.

One problem we have with this one is the need of having 2 games – games are just so dam expensive, that we’re spending out £100 straight away. I suppose though for the amount of work that goes into the making of the games and the sheer amount we end up playing the ones we enjoy, it works out eventually.

GTA Five – we love playing this but we always seem to have problems when we’re all trying to play together – someone gets kicked off the game, so then you have to re-add them, then when you want to play a different game, we all seem to get kicked off the same map and have to be re-joined in a game together, or you start a private match and other people tend to appear! The other thing with the game though, it the time it takes too load – I don’t know what takes the longest; trying to use dial-up internet all those years or GTA just loading. Either way, if we’re having a good night when everyone is onboard and not having any problems, we have spent many-a-night all saying to each other “I really need to go to bed, I’ll play one more game…” and three hours later, we’re all still sitting there playing.

There are all the rumours going around that GTA Six will be released this year – considering GTA Five was released in 2013, I have certainly got everything crossed!!

We also have a good few games of Call of Duty – Ghosts. This is my most favourite one – I suppose because I love the Showtime map. Many a time we’ve done a free for all with up to 6 of us playing online and all the bots we can have, it’s bedlam! Or the complete opposite where whoever is online that night playing, we’ll play the Showtime map with no bots. Another option we’ve come up with, as long as there’s 4 + of us that evening, is playing on the Stonehaven map where we all have a sniper riffle and try to find each other to snipe on and kill. Loading the game quite a bit easier with this game compared to GTA – we tend to start playing GTA to see if it’s going to work and if not, we then go to Call of Duty.

We have also got the new Call of Duty – World War 2. Wow, the graphics are amazing and becoming more and more life like.

On a completely different scale, we took the Xbox back with us whilst we were on holiday in Devon at Christmas – we don’t have any other games since we really only play shooting ones or GTA, so we went onto Xbox Live – Gold to see what offers there were and what we could get that family would be happier playing. There was an offer on Coffin Dodgers, a racing game of old people on their scooters – it was £2.50, so we bought it. Well, we can safely say that it was £2.50 well spent and even on New Year’s Eve when our friends were with us, it had another good few hours of play!

I can’t wait to see what comes out this year!

Hi everyone. Welcome to my jewellery making blog where I’ll be sharing what I’m up to and my love for the pieces I’ve made or that are in the making. I’ll share where the inspiration has come from plus an insight to my life. Expect to see lots of blogs on gemstones and charms as that is where my main love lies!

Follow My Life and World Of Hobbies on WordPress.com 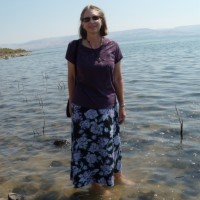 Starting with zero, aiming a life off grid!

A Blog for a Pentecost Year